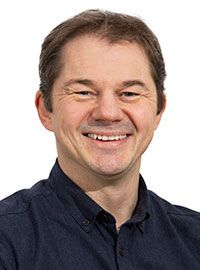 A brief introduction to polymorphism

Polymorphism is the provision of a single interface to entities of various types, which means applying multiple meanings or behaviours (implementations) to a single object type depending on the context. In real life, one may think of a man implementing various behaviours as a father, a husband, a co-worker etc. depending on the situation.

The strengths of polymorphism come to play when whoever is using the object doesn't really care about the final shape or rendering of said object - We just want the damn drawing to render its final shape. To do this, we call the interface's draw() function, rather than asking the object 'What shape are you?', before trying to call the appropriate drawTriangle(), drawRectangle(), drawCircle(), or any of the other implementations.

Kotlin is a modern, statically typed, cross-platform programming language with type inference. Some refer to it as the "Java alternative" (it is completely Java interoperable). With its growing popularity as a functional and pragmatic programming language, many programmers are looking to explore its potential.

Kotlinx is an extension library for Kotlin, and includes (among other things) a set of wrappers and helpers for various pre-existing Java libraries.

Kotlinx.serialization provides extensions for serializing and de-serializing data formats such as JSON and Google protocol buffers.

Polymorphism and JSON with Kotlinx

However, you may find yourself in a situation where you receive a JSON which lacks this 'type' property, and you need to interpret the content of the object before you de-serialize it.

Kotlinx allows for custom serialization without the presence of a dedicated discriminator, such as 'type', by use of the base class JsonContentPolymorphicSerializer

Here we will choose a serializer based on the presence of the 'cardName' property.

Since JSON content is represented by the JsonElement class, and could only be read with JsonDecoder, this class only works with Json format.

You may find working examples, in form of a simple web application and unit tests on git.